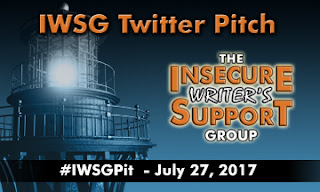 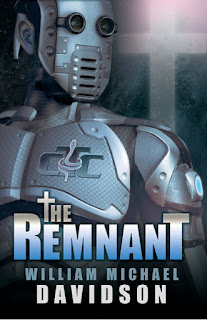 The Remnant
By William Michael Davidson

One nation, without God...
Colton Pierce apprehends Abberants—those who display symptoms of faith—and quarantines them on a remote island to ensure public safety. Years prior, the government released a genetically-engineered super flu that destroyed the genes believed to be the biological source of spiritual experience in an effort to rid the world of terrorism. As an extractor with the Center for Theological Control, Colton is dedicated to the cause.
But Colton's steadfast commitment is challenged when he learns his own son has been targeted for extraction. An underground militia, the Remnant, agrees to help Colton save his son in exchange for his assistance with their plan to free the Aberrants on the island.
Colton is faced with the most important decision of his life. Remain faithful to the CTC? Or give up everything to save his son?

William Michael Davidson lives in Long Beach, California with his wife and two daughters. A believer that "good living produces good writing," Davidson writes early in the morning so he can get outside, exercise, spend time with people, and experience as much as possible. A writer of speculative fiction, he enjoys stories that deal with humanity's inherent need for redemption. 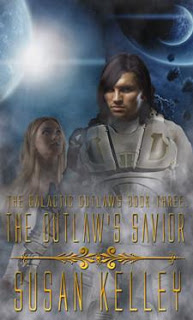 A dark paladin walks in shadows, venting his wrath onto the deserving, until she pulls him into the light.

The Federation had cleaned up most of its corruption, but criminal gangs of pirates linger on the fringes of the settled universe. Innocent settlements are attacked, and their people taken as slaves to these dregs of society.

Rain Silver’s mission to destroy every criminal gang in the verse takes him to many dark places. But he likes the shadows and longs to restore his honor that he unknowingly compromised.

Mercy McElroy rescues those abused and enslaved by the pirates, somehow always avoiding danger. When one of her missions intersects with the dark and dangerous Rain, she recognizes the mysterious knight who saved her years ago.

Rain isn’t sure why he allows Mercy to act as his partner, but soon he’s breaking all the rules his lives by to keep her at his side. The largest and meanest gang either of them have ever faced forces them both to reevaluate their methods. If they want peace and justice in their corner of the universe, they’ll have to trust each other beyond what they’ve ever dared. And for that peace to last, Mercy will have to lead her tarnished knight back into the light.

These both sound exciting. Congrats to Susan and William. Hope William got home from San Francisco without too much trouble. The weather wasn't the best for his visit and book signing.

Lee, he did make it home safe. I know, great timing, huh?

I'm pretty excited about the twitter party. I'm going to dust off a manuscript and try to make my story sound clever in 140 characters.