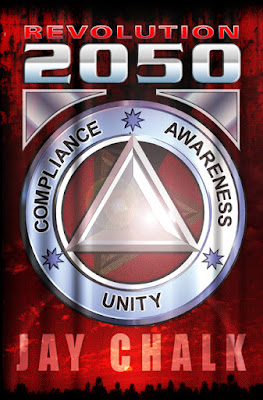 The thought of another civil war sounds scary. 2050 isn't that far into the future. Sounds like an interesting read.

This sounds like an intense and interesting read. Wishing Jay the best of luck!
~Jess

If there was another Civil War, I doubt it would be split East-West, but not exactly North-South either the way it was. I do think California would split over it, though. I'm interested to see why/how this author thinks lines would be drawn.

A second Civil War is not at all unimaginable. And in fact, if there IS one, I believe it will occur much sooner than 2050. More like 2020, right after the next Presidential Election. (It wouldn't last very long, though. As someone once said: "One side has most of the guns, and the other side doesn't even know which bathroom to use.")