The Attic of Sand and Secrets 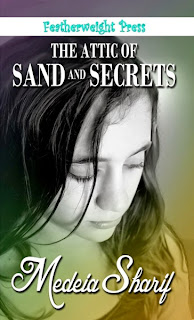 THE ATTIC OF SAND AND SECRETS
by Medeia Sharif

Learning-disabled Lily desires to prove herself, although her mind freezes when presented with big problems - such as her mother's abduction. With a French father and Egyptian mother, Lily worries that her mother hid her ethnicity from her French in-laws. However, there's something deeper going on. Lily finds a way into an attic that's normally locked and encounters a mysterious, moonlit Egyptian night world. There she finds Khadijah, an ancient stranger who guides her to finding clues about her mother's whereabouts. Lily becomes a sleuth in both the real world and magical desert, endangering herself as she gets closer to the kidnapper.

The book takes place in 1976. Every host for this book blast is going to post one fun fact for that year. For some of you, this will bring back memories. For younger blog readers, you’ll learn something new.

My fun fact: At the 1976 Summer Olympics in Montreal, Nadia Elena Comăneci was the first female gymnast to be awarded a perfect score of 10 in an Olympic gymnastic event - and she earned seven perfect 10’s at the games. 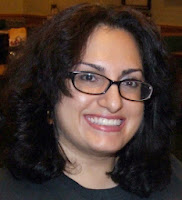 Email ThisBlogThis!Share to TwitterShare to FacebookShare to Pinterest
Labels: 1976, Medeia Sharif, The Attic of Sand and Secrets

Thank you for participating in my book blast.

I just like the valuable info you provide for your articles. I will bookmark your weblog and test again right here frequently. I'm quite sure I will be told many new stuff right right here! Best of luck for the next!